Learn about the Issue

Today, there are more than 15,000 nuclear weapons in the world, and if you live near an urban area, one is likely pointed at you. 1,800 of these weapons are on “high alert,” which means they can be launched within 15 minutes of a command being given.

The threats we face today—cyberwar, the ideologies of non-state actors, the all-too-real spectre of catastrophic human error, a system in which one world leader controls the fate of the world—have made us less safe than ever.

We know terrorists are interested in seeking nuclear weapons and could exploit the black market for material to make nuclear devices or dirty bombs. Nuclear theft and smuggling is an alarming concern in a world in which we have 2000 tons of nuclear material—not all of which is properly secured or even accounted for. In short, nuclear weapons are likely the greatest threat to global security today.

Educate yourself about the issues 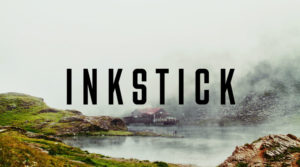 Eric Schlosser, Smriti Keshari and Kevin Ford’s The Bomb on Netflix—An experimental meditation on the destructive power of the nuclear bomb, featuring music by The Acid